Get fresh music recommendations delivered to your inbox every Friday.

We Lowered A Microphone Into The Ground 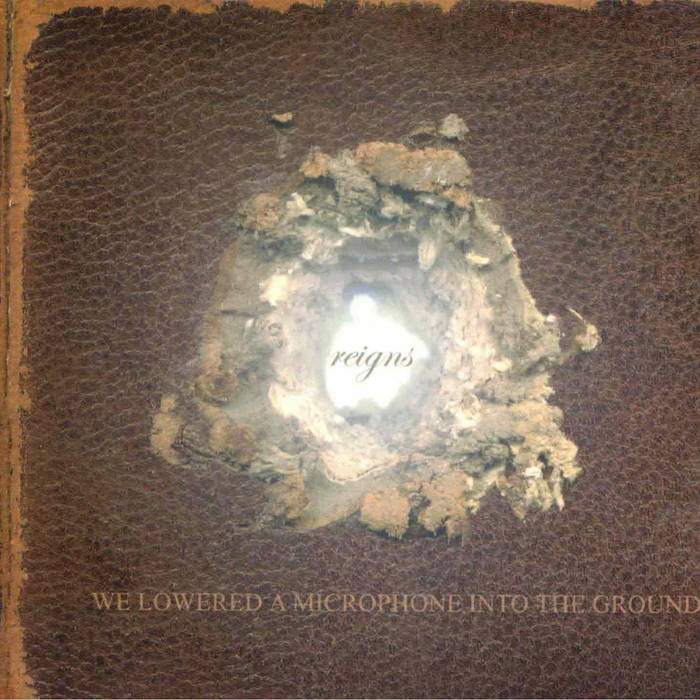 Upon the fringes of the Somerset Downs, in the paddock of a retired arable farmer, between a collapsed outhouse and a chickenless coop still encrusted with droppings, under a sheet of corrugated iron, there is, in the ground, a hole. An unremarkable hole, perhaps; shapeless, ragged, about the size of a tractor wheel. It is, however, one of four so-called “bottomless” holes worldwide. Its depth and dimensions are literally unmeasurable. Although nothing can be seen within, either with the naked eye or with specialist equipment (all photographic experiments have recorded nothing other than a suffocating gloom), locals claim to have heard strange disturbances emanating from the opening. Some say they have heard unearthly melodies, some the mutterings of an unknown language, one even claimed to have heard his own voice as a child.

On hearing these rumours former PJ Harvey guitarist Tim Farthing and his sibling Roo came to the Downs in an effort to capture these phenomena. Equipped with a mile of flex, a microphone and a recorder the brothers made their tape on a cold November morning in 2003. Each track was made at ever increasing depths until they ran out of cable.

Using a new process of noise reduction technology, designed by the brothers themselves, they were able to strip away the layers of static and interference on the raw recordings to reveal the versions that appear on their debut album “We Lowered A Microphone Into The Ground”. The results astonished and unnerved them to such a great extent that the brothers tried to destroy the tapes in a frenzy of drunken superstition. Despite considerable fire damage, the treated recordings were salvaged and restored by a local entrepreneur to something approaching their former glory. The original tapes and their unpatented noise filtration apparatus were, however, completely incinerated.

Although this recording is perfectly safe, we do not advise playing the tracks out of sequence. For reasons yet to be ascertained, this practice has lead to equipment failure and, in some instances, physical side effects in the listener including disorientation, mild nausea and prolonged auditory hallucination.

Bandcamp Daily  your guide to the world of Bandcamp

Kari Faux drops off her deluxe album 'Lowkey Superstar' plus tunes by Shunaji and Samplelov.